Austin is Where Tech Comes to Life

Ask not the questions of cost of living, access to VC, talent depth, or work/life balance. Ask yourself where your technology can come to life. The explosive growth of tech and tech investment in Texas is largely the result of NW Austin where capital, technology, and tech workers dominate the scene. Where is Austin's Venture Capital

Why infrastructure, costs, economics, and history matter and for Austin we should be conscious not just of of where but why and how our economy of entrepreneurship is thriving. No risky an endeavor as betting your future on a startup – never giving up, learning, and trying again until striking oil.

A great startup is a conspiracy to change the world. Let’s conspire to change Austin, for the better – for the world. The Vision For Austin

Something magical is happening by way of Austin, Texas and to see it, it seems, requires dreaming; having your head in the clouds so as to look down on everything from 30,000 feet. 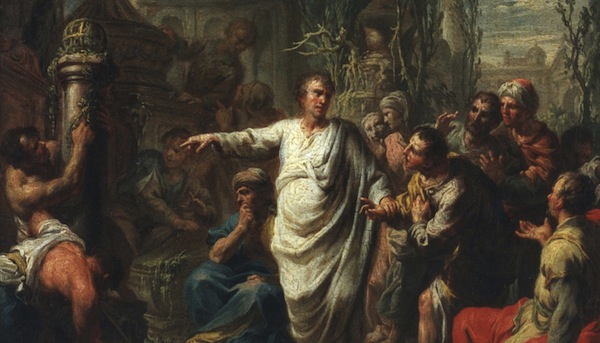 Learn from the ancient civilizations of Rome and Greece so that our economy today can avoid the bankruptcy of Greece and the burning of Rome. Who are the Notable Angel Investors in Austin?

A critical resource with distinct expectations relative to the stage, amount, and purpose of the investment. The economic significance of the cities within 3 hours of ATX comprises the bulk of the retail industry. The tech powering it is in Austin. A Prius in Austin

What it's like to relocate to Austin, Texas from N. California. Entrepreneurship is so woven into the DNA of Austin, it’s probably safe to say there are more independently owned coffee shops here than there are startups in Silicon Valley. Home to PeopleAdmin and Indeed, Austin has a history with employment that’s intriguing to explore. Recruiting technology seems to play a unique role in ATX... What's On Your Laptop?

What Stickers Say About Your Startup Community The Cost of Entrepreneurship

Having spent a couple years now in Austin, and the previous 12 in Silicon Valley, a frequent topic of discussion over drinks or dinner is the question of how entrepreneurship works. Read What it Takes

What matters most to Techstars? Something Austin breeds in spades over other startup communities? Teams You know SXSW and ACL but it's Austin's gaming and media conference that captivates the economy of designers, gamers, and artists. Where You Fit In

All entrepreneurs need space, capital, talent, advisors, & influence; what you need to determine is where is best for you: coworking, an incubator, or an accelerator. What role does each space play? How does one benefit me? And why should I get involved? While Social Networks are born of Silicon Valley, Social Intelligence is in Austin.
TOP