Asked: What Stops VCs from Investing in Foreign Companies?

Nothing, it happens all the time. Yet, the question is common, frequently asked; begging a question its own – what are startups struggling with that they think that foreign investors won’t invest?

Start with this appreciation: investing in startups is the riskiest use of capital, in the world. Gambling at a casino is more likely to win.

Most founders overlook this and jump to the conclusions that “good business” = due funding.

No matter how great your business, 90% of startups fail, 74% of funded startups fail, and 54% of businesses fail in 5 years (if not sure the difference between startup and new business, read this).

Because of that, investors actually largely invest in what they know.

Not traction, KPIs, models, due diligence, nor pitch decks. Their first line in the sand is, “do I know this and have interest in this kind of thing?”

Period. I see a couple dozen pitch decks come across my desk (so to speak) every day and easily half of them are in things I know nothing about (FinTech, AI, etc.). Great startups? Maybe. Fundable? Possibly. But I don’t KNOW those things so I really can’t qualify if it’s worth anyone’s time and I don’t have the time to take a meeting to figure out if something I don’t know anything about is worthwhile.

That brings us to our second line in the process.

If I don’t know anything about AI but someone I know and trust says to me, “hey Paul, take a look at this one.” I will.

What stops investors from investing in foreign companies?

Rather, let me rephrase the question to one more valid.

What hurdles make it challenging for investors to invest in startups in other countries?

You see, like it or not, fair or not, you have to overcome these hurdles. Because that investor is going to start with what they know and then include where they’re familiar. Meaning, everything else has to overcome that.

And another country is usually neither known or familiar. Fair?

And that investor with which you’re talking, needs those hurdles overcome.

I’m familiar with my sector (media) and I’ll look at opportunities from trusted peers.

Then what? I know U.S. law (sort of), I know our economics here and what it takes, and I’m familiar with the personalities of people here who have that passion, drive, and competitive spirit, that will focus their work on making sure it’s successful and delivers an ROI.

A place country like the United States will always be a dominate hub for innovation and entrepreneurship because the culture is competitive (sports, history, independence) and because they teach capitalism, sales, and marketing.

How do you overcome that competition?

Of course, there are people in the U.S. who don’t have those qualities. There are some founders who can’t understand why investors won’t fund them or value what they think their work is worth… and many of us can look at them, try to help, but at the end of the day, know why they’re not getting funding or valued as much as they want.

None of that is disparaging of any other country; the point is, people aren’t familiar with what they don’t know.

And unfortunately, they’re not going to get familiar for your sake, you have to overcome those hurdles they have.

WHY is this more compelling *there*? What does it mean for us to be invested *there*? Are you relocating and opening here? What will you be doing to expand from *there* to elsewhere, or everywhere? How will you compete with the circumstances of that country, the laws, economics, education, and culture?

Investors invest in other countries all the time. Heck, we run startup programs for Colombia, Korea, Italy, and other markets, for that very reason. In fact, we do that, for the reason that there great opportunity globally, we have to help everyone get familiar with what they don’t know.

Image free to use via pixy.org

9 Comments to “Asked: What Stops VCs from Investing in Foreign Companies?”

Asked: What Stops VCs from Investing in Foreign Companies? 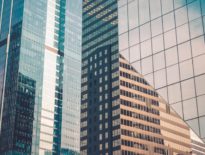 Featured In the Company of Venture Capital Insights / Research The Valuation of a Pre Funded Startup
9